He has been designing furniture in his workshop in Brussels for more than 30 years, and many of his designs are patented.

1994 was the year he designed his first bookcase, the « Mark 1 », and submitted a patent application for the "rigid, 3-dimensional, honeycomb structure" for which he received the silver medal and was awarded first prize by the Minister of Finance at the Inventors Fair in Brussels.

In 1998 his new designs were awarded the gold medal at the Inventors Fair in London.

Designed and patented in 2009, The Perfect Bookshelf has been warmly received by the Belgian design world. The made-to-measure bookcase is now available in 5 different finishes.

Today, Alain Chennaux divides his time between Paris and Brussels, where he puts his talents to the service of his customers. 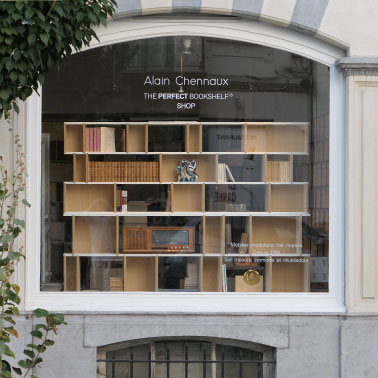 You can find The Perfect Bookshelf in our workshop-store where all the bookcases are made located in Ixelles.